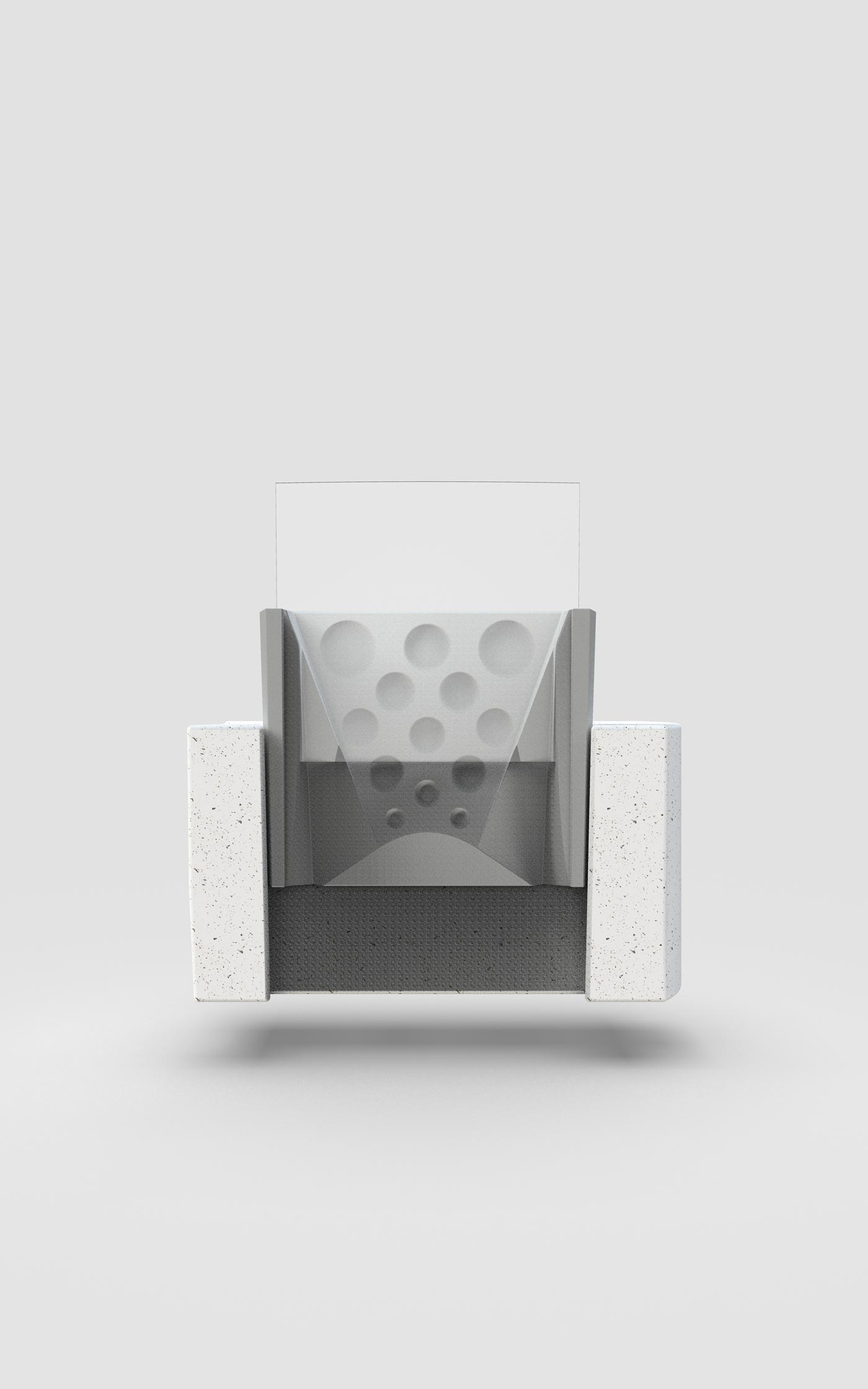 The CO2 limits in our cities exceed the critical level – our local plants aren’t capable of purifying our air enough. Green algae is way more efficient in transforming carbon dioxide into fresh oxygen. 1m³ algae water can fixate 1 t of carbon dioxide per year. You would need 112 trees for the same amount. Especially in highly polluted urban areas, parks and green areas are becoming rarer. GreenBricks is a climate-improving façade build out of modular bricks. Algae water runs through the bricks, using photosynthesis to absorb the carbon dioxide and releasing fresh oxygen. The basic building block consists of conventionally aerated concrete. The toothing allows the planners and builders to realise a flat or a rounded façade. As an inlay a separate elastic plastic element is pushed into the conical recess, which closes off to the front with a rounded glass pane. Shape and materiality of the individual elements allow a simple push-together and seal, they need no additional connection aids. Due to the downwards conical shape and the round, upwardly widened opening, rainwater can get into each individual stone in the circulation.

The project was created in cooperation with Johannes Schütte. 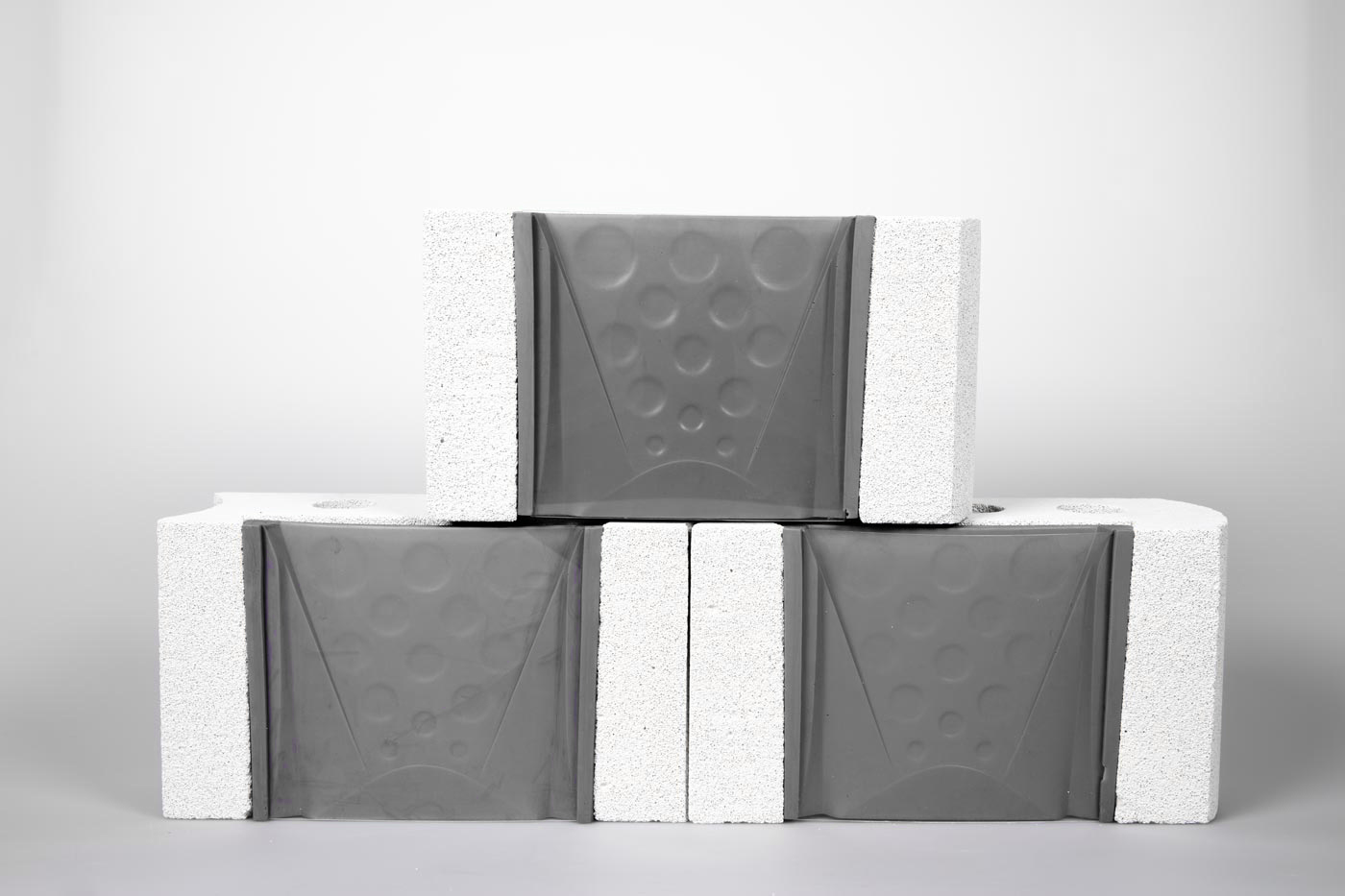 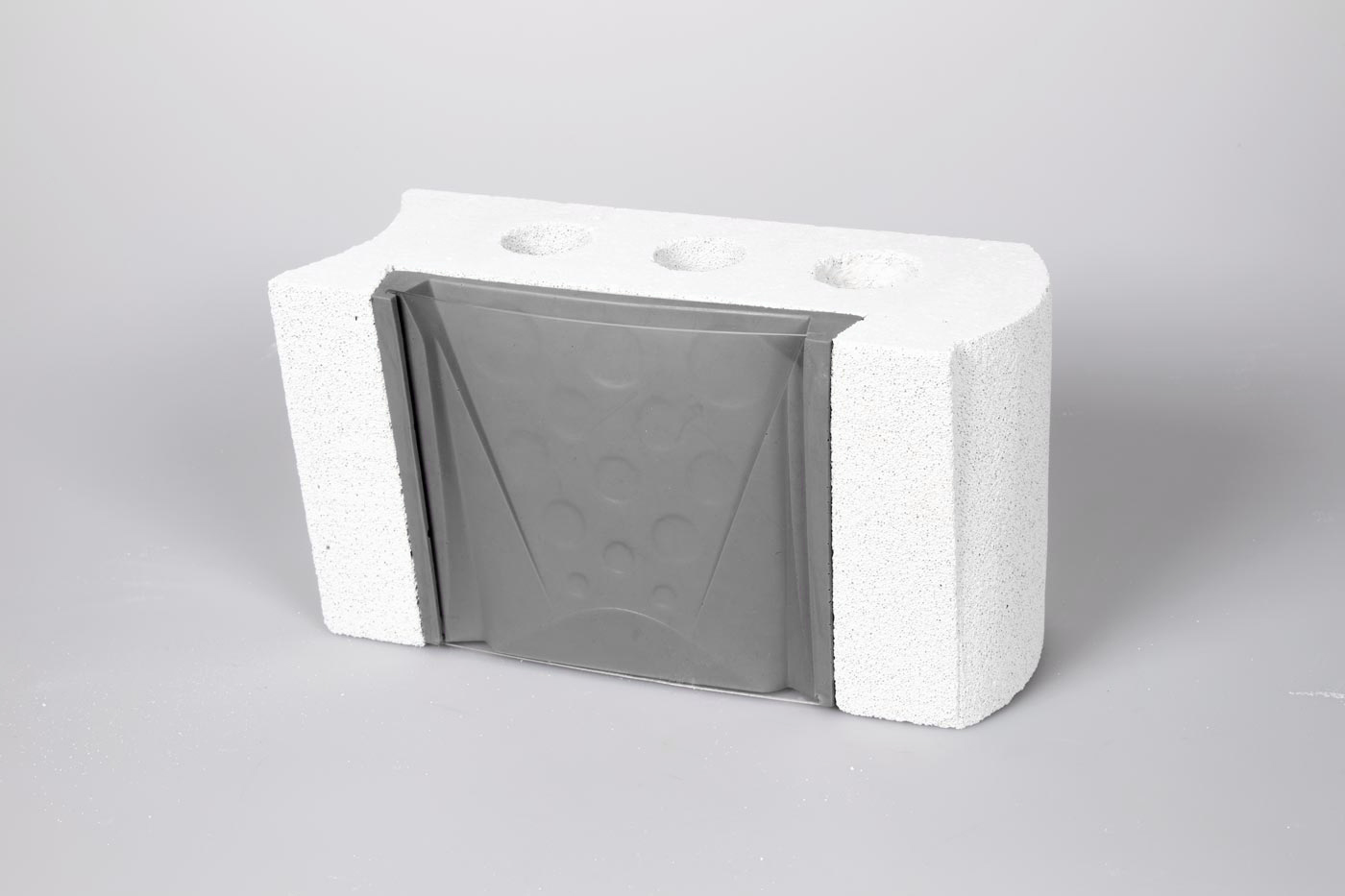 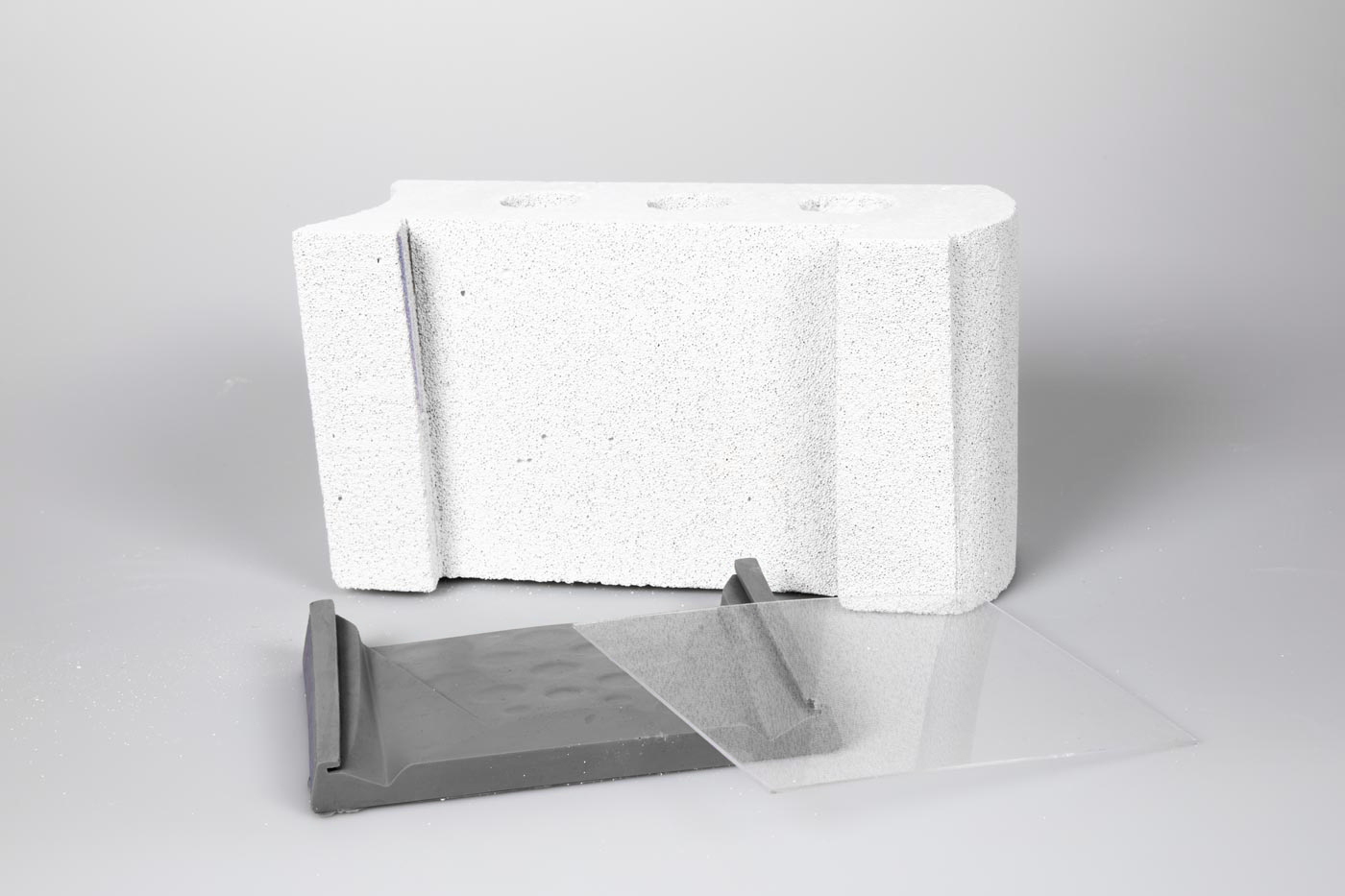 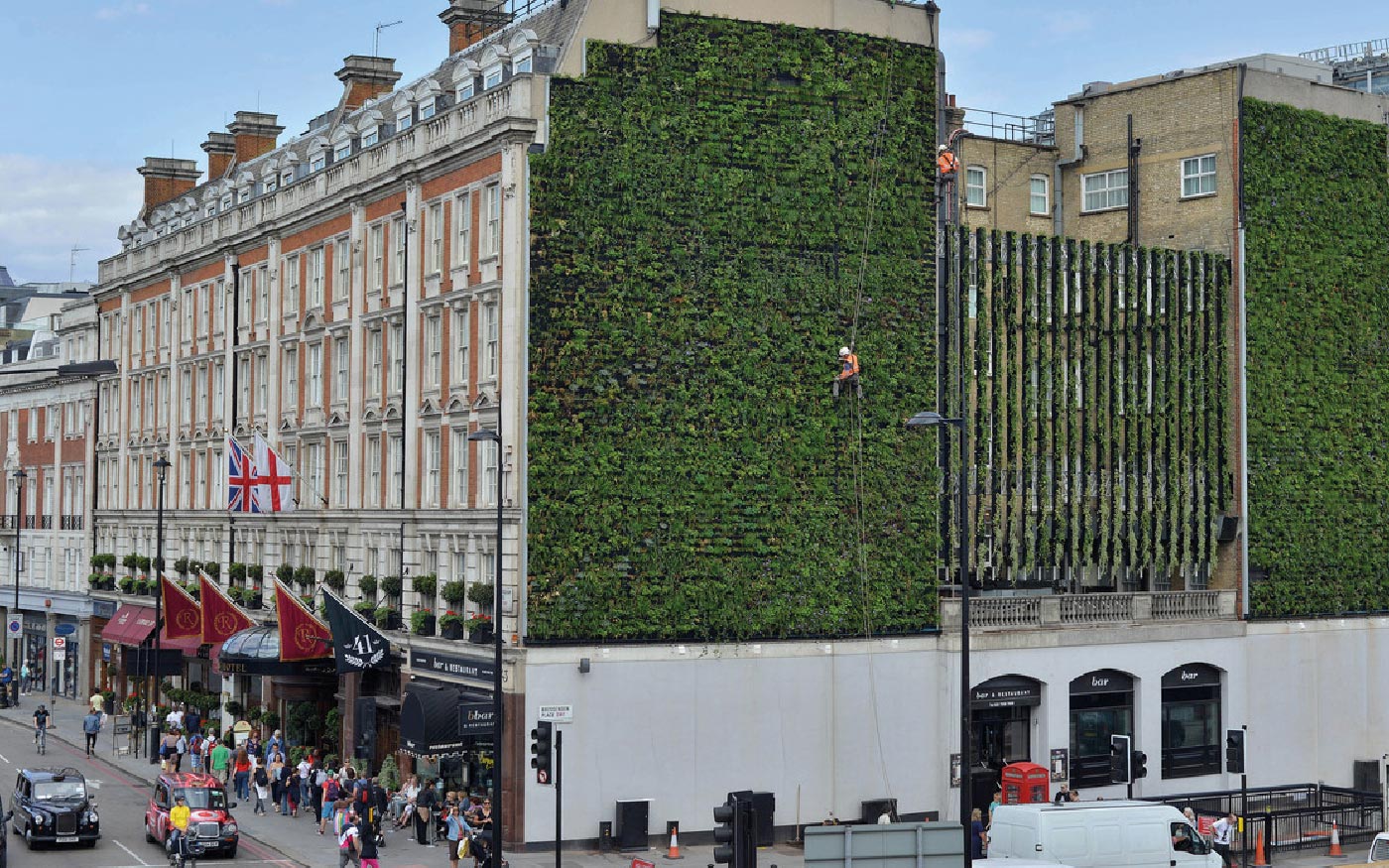 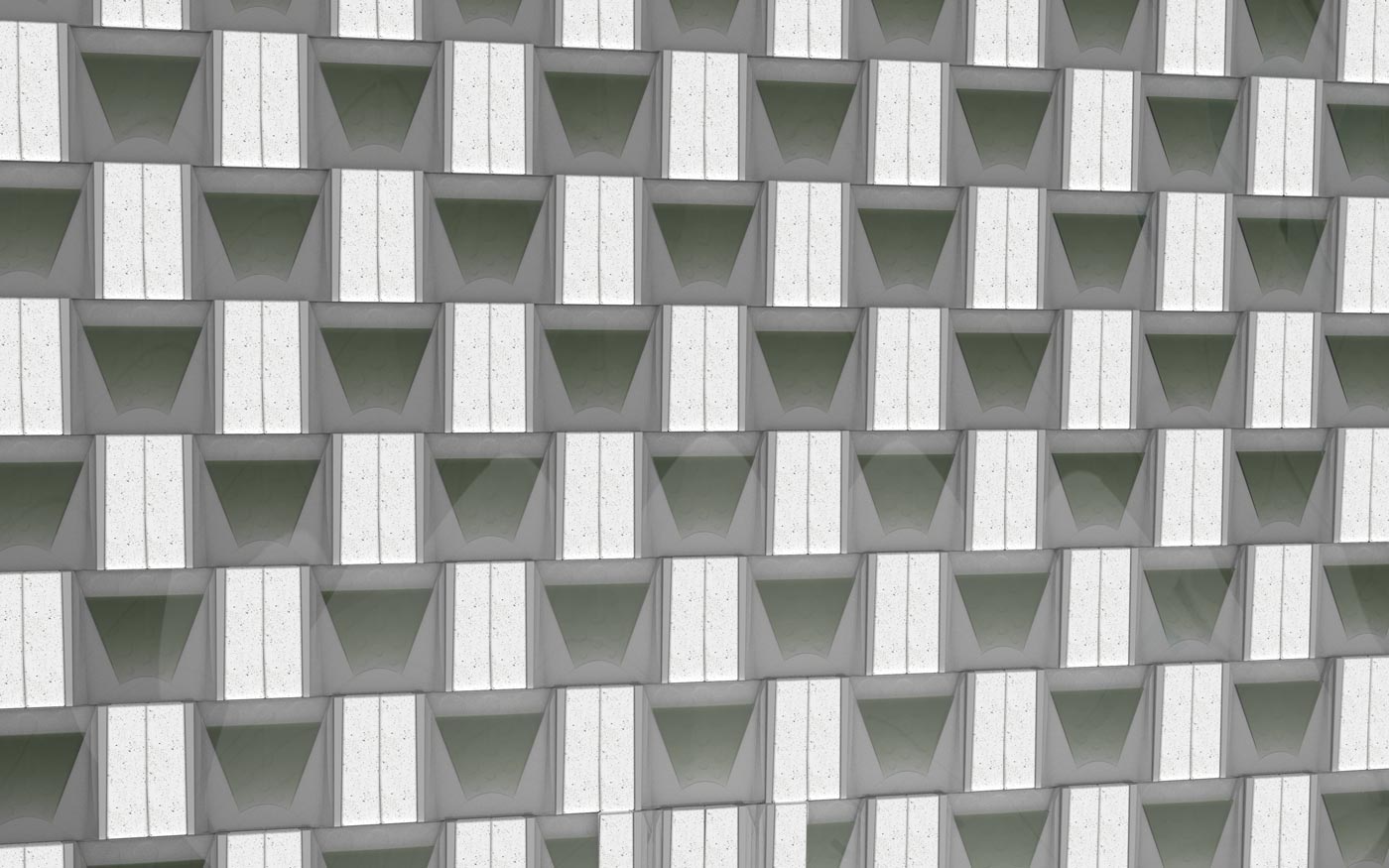